Build the Team. Set the Standard. Train to Fight. Do the Work.

I stood in the middle of Rockefeller Center on December 23rd. Toddler in tow. Dead phone. Lost friends. Across the street the Warby Parker store sign came into view. I sighed with relief and excitement. For one, I was psyched to see Rock Center complete! -- in my former life I was Director of New Stores and Facilities at Warby and built the company's first 55 stores in the US and Canada. But also, I know the standards with which Warby operates and that I would be greeted with helping hands. Within the four walls of a Warby store is the highest bar for customer service in retail, and details so thoughtful you don't actively notice but you always benefit. 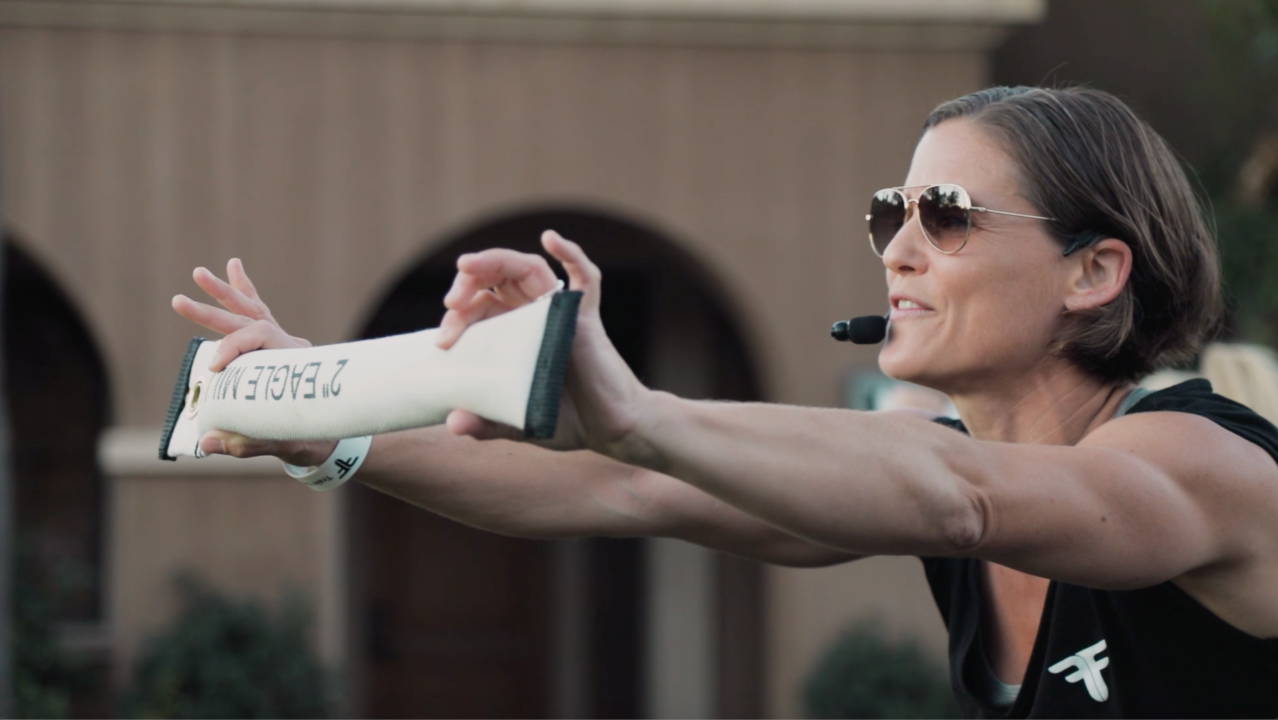 The closest I may come to being Van Halen. (It's totally close). FitFighter Performance at the ESPN Women + Sports Summit 2019.

I walked up to the Reference Desk and explained my plight, and I could tell that the Retail Advisor's wheels were spinning. She smiled and said "no problem, I can charge this for a few minutes for you in the back!" She also gave Emory a huge, warm grin, and gently said "she's soooooo cute." (Cue: beaming mom). Not only did she go out of her way to solve my problem on a busy day, but she came and found me in the store when my phone was at 20% battery to ask if that was sufficient. As Emory and I ate cupcakes, perused glasses and thumbed through books, we had delightful run-ins with the rest of the staff eager to help.

Build the Team. Set the Standard. Train to Fight. Do the Work. 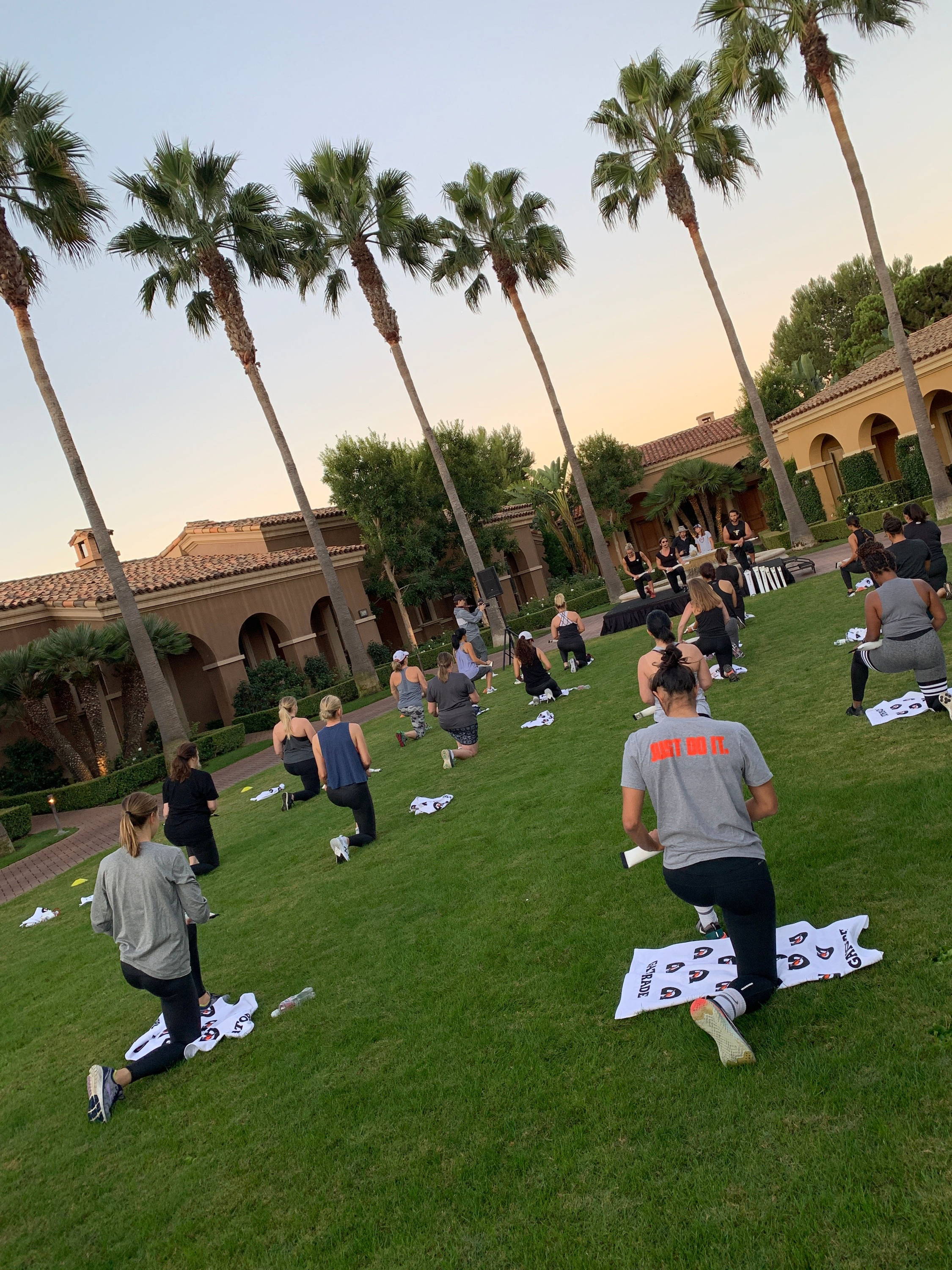 My experiences in the past 2 decades converge around standards. In some ways worlds apart, Collegiate Athletics, the Army, Warby Parker, and the Fire Service, all have a standards-driven mantra in common. It is the common thread in the careers I've loved and the institutions I respect. And then, FitFighter was born in a firehouse on Long Island as we created training standards for firefighters. Now as its CEO, it's my job to set standards for the company, and follow the doctrine.

Easier said than done. No person, process, team, or organization is perfect. And I for one have failed many times at execution (Hat Switch: one of the best reviewed talks I give is my "Big 3" Failures, so if you're interested in going behind the scenes on this one for a team event, call me). Moreover, how do we develop standards in our murky complex world? Or harder, how do we ensure that people have equal opportunities to achieve them? But that doesn't mean we shouldn't try. Standards should be our compass.

And recent major victories of the Build-Set-Train-Do standards doctrine fill me with optimism.

Take the integration of women into the combat arms branches in the Army, and the first female Ranger School graduates. Having questioned their ability for centuries, male counterparts have acknowledged that "the matter of sexual dynamics was a moot point when [soldiers] were exhausted and pushed to their physical limits in the midst of an ambush. Then, it only mattered that women could do the job, and they did.” Moreover, what seems to have been ignored by the debate almost entirely is that half of the males who start Ranger School fail to finish it too. They don’t meet the standards set for an Army Ranger either. So why would we still be arguing about male vs. female? Now, finally, we're focused on standards. The same for all.

A second beautiful example is the story of the Griffin Brothers and their path to the NFL. Born identical twins, one brother, Shaquem, lost his hand to a genetic nerve condition. In the world’s and many coaches’ eyes, he was inferior by nature of that characteristic. But not in his eyes or his brother's. Together they battled brick wall after brick wall set arbitrarily in Shaquem’s way to becoming a professional athlete. And there was one undeniable truth: Shaquem met standards. He ran faster, jumped higher, and tackled harder than others. He was consistent. Ultimately, standards prevailed in the eyes of Pete Carroll and the Seattle Seahawks, and the rest is history.

In these cases the standards for physical fitness and stamina are high. Therefore, there may never be an equal number of men, women, one handed, or one legged humans in certain professions. Standards must be the same for all humans for required work. Of course the more complex the work is, the more challenging it is to define the standard to achieve it. Biology, genetics, culture, interpretation, among many other factors, influence our ability to collectively, objectively, set and achieve standards. They are not black and white nor without much debate. But this is a philosophy and discipline with which to start -- a North Star.

Stay tuned for next time, when we'll start laying out standard-setting tools of the trade!